EURO 2020: Who Are the Dirtiest Teams Based on Yellow and Red Cards? 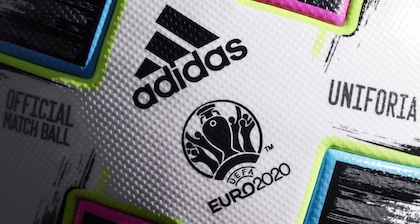 With the European football championships now just days away, the team at BonusFinder have sought to answer a long-held question. Which European nations play the dirtiest football?

Analysing discipline data from the past 5 tournaments (dating back to 2000), the results are in…

And it’s official, Italy is the most ill-disciplined national team in Europe, racking up a combined total of 63 cards (62 yellows, 1 red) over the past 20 years. Famous for their defensive dark arts, the Italians certainly know a thing or two about putting a tackle in.

Following closely behind in second place is Portugal, with a combined total of 60 cards (all yellows), while France pip Spain into third place by 1 red card, with a total of 42.

England amongst the cleanest teams in Europe

While England may rarely win championships, they do secure the accolade of being one the cleanest national teams in Europe, placing 17th overall with just 18 total cards (all yellows).
Based on cards per game, England are in fact the second cleanest team in the European Championships competition, accruing an average of 1.2 yellow cards per game.

The honour for being the cleanest team in Europe goes to Latvia, who accrue just 1 yellow card per game, on average.

The table below details the discipline records for the teams with the most accrued cards in recent European Championship history: 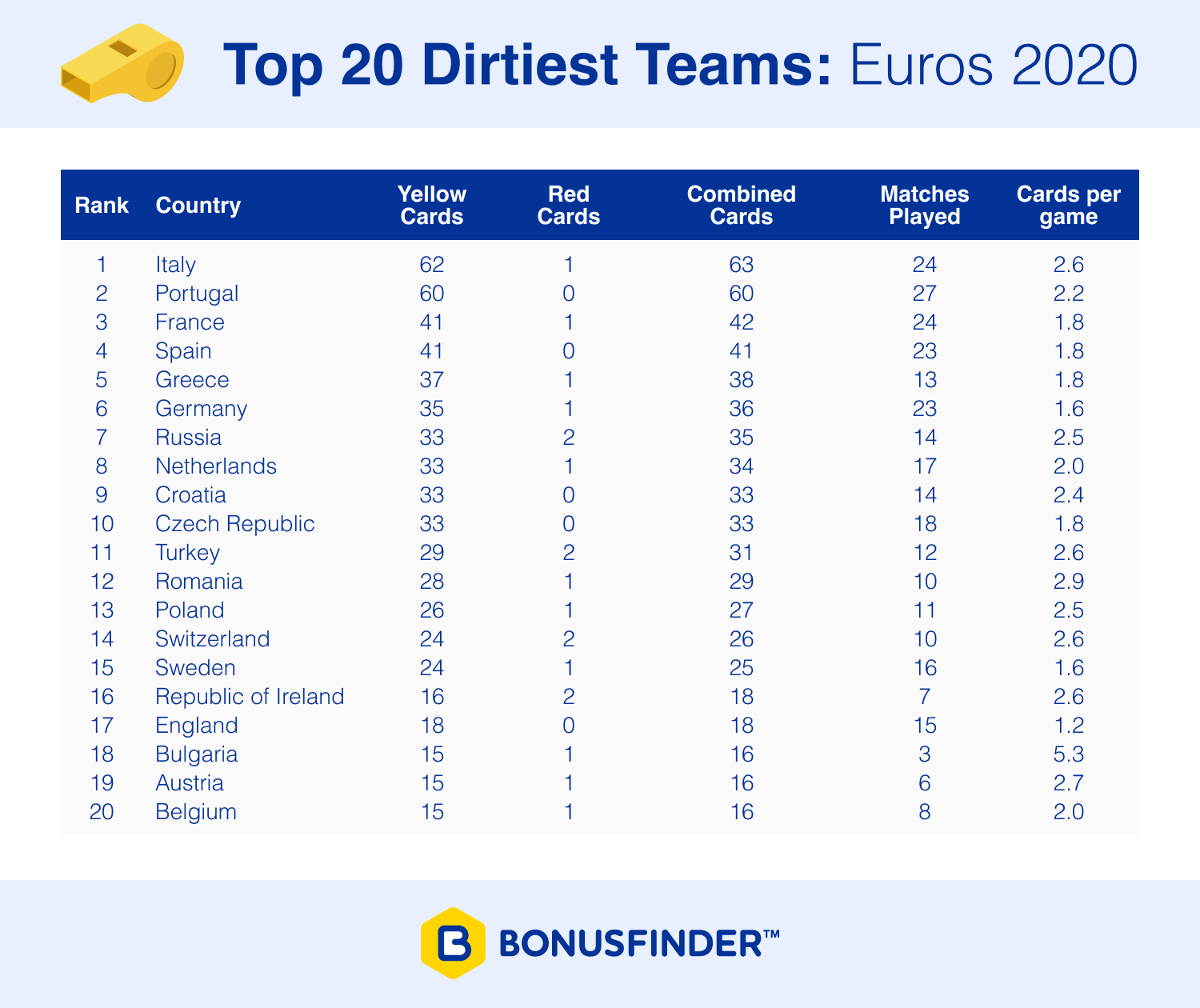 While team discipline is one thing, referees are the ultimate decision makers, having the power to let the game flow or dish out yellows like parking tickets.

Looking through the past 3 tournaments (2008-2016), the data shows that EURO 2020 games refereed by Cüneyt Çakır will likely be fiery affairs.

The Turkish Official has brandished the most cards in recent European Championship history, with a total 29 yellows and 1 red card.

While Mr. Çakır has brandished the most cards overall, he is not the most card happy referee on a per-game basis.

Handing out an average of 6 cards per game, the accolade for the most card happy ref is jointly held by EURO 2020 official Sergei Karasev and Craig Thomson.

Overall, within the European Championships, referees hand out an average of
13.2 yellow cards per games and 0.26 red cards per game (including second yellows). 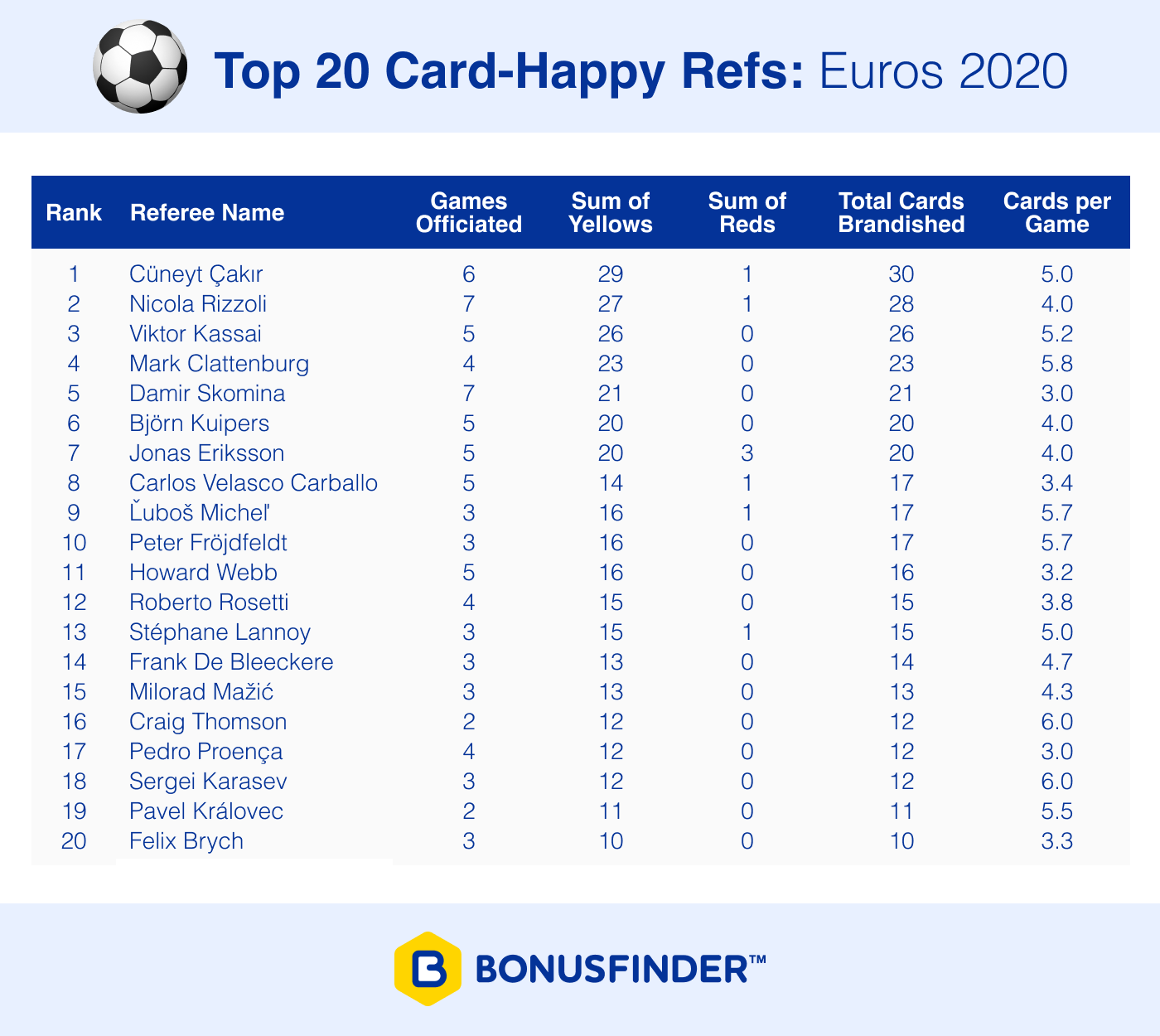 If you want to bet on the Euro’s, be sure to check out the best sports betting bonuses for the UK players.

More from our blog
As seen on