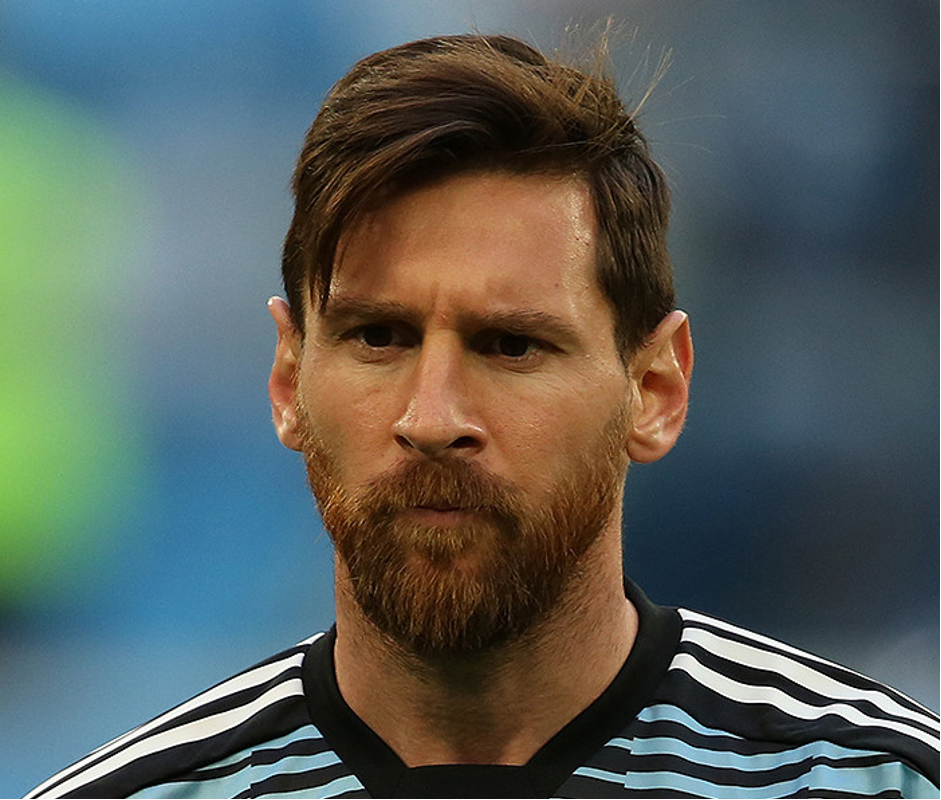 With a summer transfer disaster and his team in freefall, Lionel Messi’s career at Barcelona is seemingly over.

But for arguably one of the world’s best ever football players, how has it come to this? Bonusfinder.co.uk sat down with body language expert Judi James to see what’s really going through the ‘Little Magicians’ head.

We watched his bombshell summer interview with Goal.com and recent team training footage for the purpose of this analysis.

Knowing his reputation, I was completely shocked by what I was seeing here. When you see someone at the level Messi is at in football, they typically come with a huge dose of arrogance in their body language.

This type of alpha arrogance tends to be what fuels them up to that level – it’s almost a self-fulfilling prophecy in that their ego and arrogance makes them invincible; they can’t ever imagine they’re not going to get that match winning goal or play well in an upcoming game.

During the interview, he’s slumped in his seat, his feet are coming in and out of his sandals and he’s rubbing his feet on the floor, which is quite a childlike self-comfort ritual.

He looks hugely uncomfortable, and he ends that ritual by shoving his feet partially under the chair which is usually a desire to hide. He looks completely demotivated and devoid of confidence.

His shoulders are slumped, his legs are splayed (which should be a bit of alpha boost), but then he’s got his hands clasped in the fig leaf position, so he’s being quite protective of his vital body parts – a sign of general vulnerability.

Given he’s the captain of his club, the best way to describe his body language was that if he was a dog, he’d have his tail between his legs.

When he speaks, the narrative comes across that Barcelona may have got rid of him if he hadn’t jumped first. It’s as though he’s had a lot of kicking’s from a lot of people wanting to bring him down a peg or too.

He looks like he is genuinely deflated. The tone is very flat. You can see when he is answering the questions, his replies look genuine.

When he talks about quitting, he performs 3 tongue pokes. Tongue pokes are usually done by babies rejecting food – it’s a gesture we then keep when we get older and it shows the same feeling of rejection and almost disgust. This man is clearly deeply affected by what he’s been through (which we have very little idea of).

One thing where he looks particularly wounded and emotional is when he reveals he’s learnt people in football can be very false. The fact that he’s only just learnt that at his age its quite remarkable.

That’s a pretty delayed realisation, but clearly because he has been very much on a pedestal his whole career – he’s only ever had praise – you can see that has sized him down and he does what is called a ‘wry smile’ which is a signal of bravado.

He also starts to do a cut off gesture, that’s the part where he puts his hands up to his face to cover it and that again shows he’s very upset by his own emotional responses and wants to hide away from the world.

In summary, I would say a totally demotivated and diminished man, lots of expressions of regret (with the steeple brows) – I cannot see this working relationship with himself and the football club continuing for much longer.

When people behave like that (kicking the ball out of play), particularly the captain, that can affect the morale of the whole team. Frustration, aggression kicking the ball against the wall gives a look that would suggest lack of focus and a lack of purpose.

When a tennis player does it out of frustration, the big danger is they hit someone that’s on the line, but then that’s up to them, they are only motivating themselves and that can help to wind them up into a better point the next point.

But when you are working with a team like this, that kind of mooching around has people in the team immediately wondering what this man is thinking, how he’s feeling and at this stage in the season, you would expect some form of solid thinking and a sense of energy.
With the pandemic, people are looking at their football teams to give them a morale boost – it’s just not a good thing to be seeing him in this way.

If I was the manager, I’d want to get this man back up on a pedestal as fast as I could, because I think at the age he is at and as a captain, he will have the psychological boosting effect we’ve seen from the likes of Jose Mourinho. Their resilience becomes a good luck charm to the team.

You never want a key player with a tail between their legs – its bad news for everybody involved.

Dr Judi James is one of the UK's leading body language and behaviour experts. She regularly appears on high profile TV and Radio programmes across multiple channels, such as Big Brother and the Newsnight.